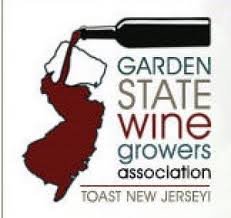 New Jersey's largest wine festival will once again headline the Labor Day weekend on Saturday and Sunday, September 1 and 2 from noon to 5 p.m. when the Garden State Wine Growers Association holds its annual Jazz It Up Festival at historic Allaire State Park in Farmingdale.  Sponsored by the Asbury Park Press, the event will once again feature over two dozen GSWGA wineries, sampling nearly 300 different, locally-produced wines along with great live jazz music, craft and food vendors and the ability to tour Allaire State Park's historic 19th century village.

Tickets for the festival are $25 a person at the gate. Advance discount tickets for $20 can be purchased only at the association website www.newjerseywines.com. Advance ticket purchases are only available online until 11:59 p.m. the Friday night before the Festival begins. All ticket purchases on-site are cash only. Large groups and bus groups can call 609-588-0085 for more information. Admission includes a souvenir wine glass.

The Jazz it Up Festival is a family-fun event. Anyone under 21 is admitted free and children can enjoy the Kid Zone and other kid-friendly attractions on-site, including touring the historic Allaire Village and seeing demonstrations of life in the 19th century bog iron producing community. Costumed interpreters and craftsmen in period garb will explain and demonstrate their trades in their shops in the historic village.

Once again, a highlight of the weekend will be the live jazz entertainment.  This year's featured performers are New Jersey jazz musician B.D. Lenz on Saturday and an appearance by the Tizer Trio on Sunday.

Hailed as one of the top 20 "up and coming" jazz musicians of New Jersey by the Newark Star-Ledger, and featured in the New York Times, noted guitarist B.D. Lenz leads an original band which has best been described as "a spirited mixture of sounds in the contemporary vein, ranging from the sprightly to the hard-wailing" (Curt Yeske - The Trenton Times). Since picking up a guitar at the age of 14, B.D. has studied with such jazz luminaries as guitarists Mike Stern, and Vic Juris, as well as pianist Charlie Banacos.

After graduating from Musician's Institute in Hollywood, CA, B.D. continued his studies at the College of New Jersey, where he graduated with honors. He has played in bands ranging from pit orchestras to rock bands, big bands to jazz combos and even an Elvis impersonator!

On Sunday, Jazz It Up Festival attendees will be entertained by keyboardist and recording artist Lao Tizer and the Tizer Trio. Lao has been proclaimed "an independent artist with all the right moves" and "a torchbearer for the new generation of contemporary jazz." He is a "Best New Jazz Artist" nominee; a Yamaha-endorsed pianist and keyboardist; has appeared at premier venues including Universal Studios Hollywood, Disneyland, Pier 39 – Fisherman's Wharf San Francisco; and he and his group TIZER (2011 "Jazz Group of the Year" nominee) have graced the stage at renowned events worldwide alongside artists including: Isaac Hayes, Boney James, Zappa Plays Zappa, Wayne Shorter, George Benson, The Commodores, Robin Thicke, The Rippingtons, Bruce Hornsby, Jethro Tull, and Spyro Gyra. Lao's recordings have sold over 90,000 copies, charted and received acclaim in the industry's most respected publications and his music can be heard on radio and television airwaves worldwide. His talents continue to evolve and command attention.