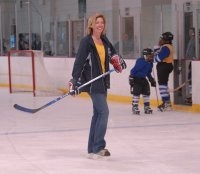 At 37, Ellen Maher, Board Chair of New Jersey Goals Ahead (NJGA) started playing ice hockey and pursuing a life long interest and passion. She is a huge NY Rangers Fan. Ellen plays forward – either right or left wing - on a women’s team, the Renegades in Morristown, NJ. Last year she, along with three other teammates from New jersey traveled to New Brunswick, Canada to play in the “World Pond Hockey” championship with over 100 international teams – both men and women teams – competing against each other. As Ellen says, “It was one of the best experiences of my life.”

Five years ago, in 2004, Ellen took her passion to another level and formed New Jersey Goals Ahead, a 501C3 with a mission of proving financially challenged children the opportunity to learn to play hockey free of charge. The first group of kid skaters from Union and Morris counties hit the ice in 2005. In 2006 the first group of kids from the greater Newark area participated. By the Spring of 2007 over 30 kids were participating in weekly sessions in Union and Essex Counties.

A fifteen person board manages the non-profit and the coaching is handled by volunteer professional coaches who are supported by high school players who volunteer their time.

Both boys and girls are eligible to participate with girls accounting for about 30 percent of the kids learning to play hockey. All equipment is donated. Typically weekly after school clinics are held over an 8- 9 week period during the Spring, Fall and Winter. NJGA also takes a limited number of aspiring young hockey players for four days to a summer hockey camp held at the Olympic Center in Lake Placid, hosted by partners Canadian Hockey Enterprises.

While NJGA does not yet field a hockey team, program participants are often able to place kids with sufficient skills and good academic records with 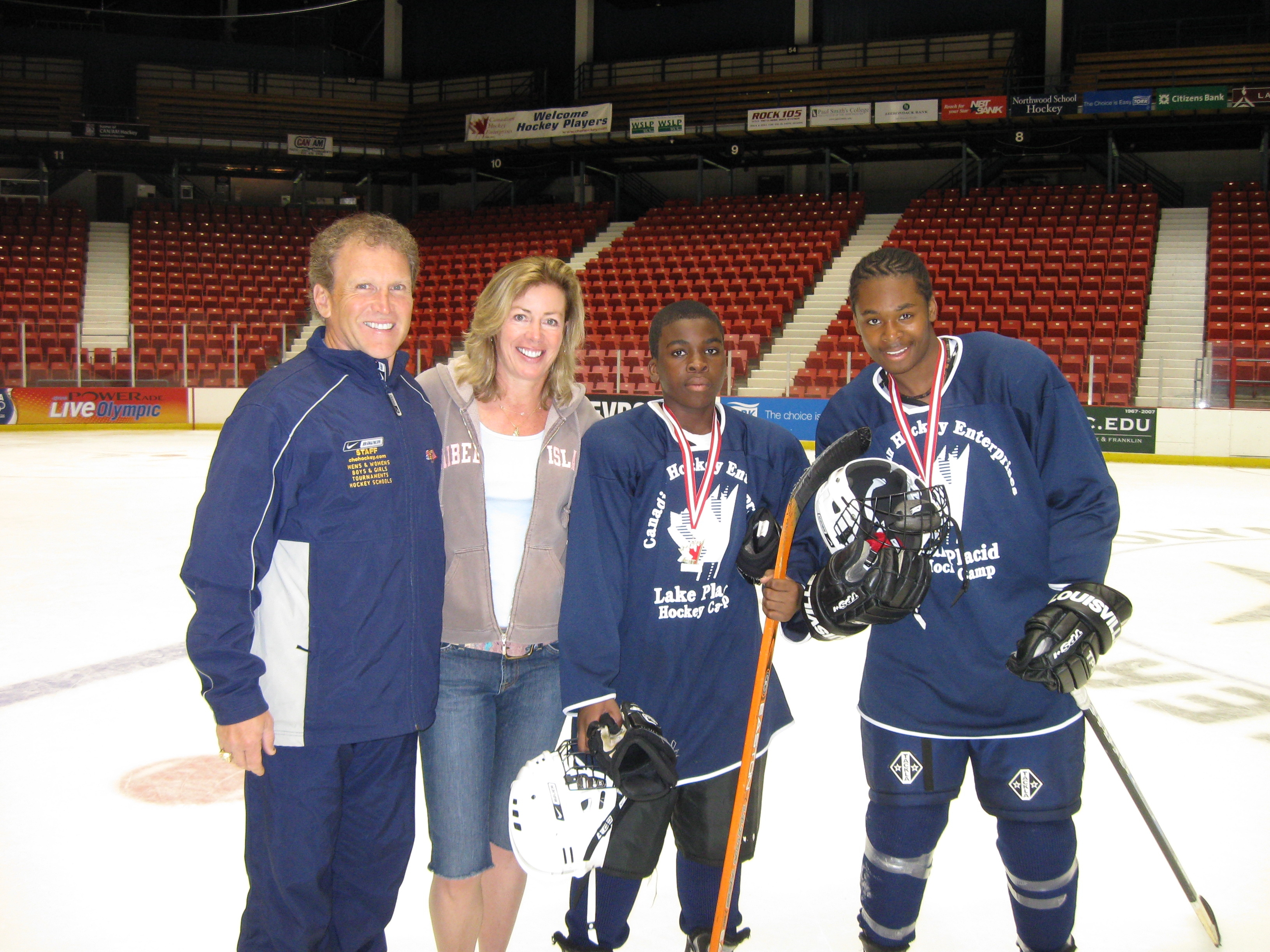 other teams in the area.

In 2007 NJGA launched a program to provide academic tutoring help via high school volunteers to the kids participating in the hockey program. Recruiting stand out high school boys and girls to be volunteer assistant hockey coaches and/or academic tutors is important to the success of the program, and one of the features of NJGA that is particularly gratifying to Maher: “Many children grow up with unlimited access to sports opportunities, including the significant support that that entails. They may not really appreciate that privilege until they are exposed to the many other kids who do not have that advantage. When they see that they can help a child have the same thrills that they have had, it’s a win-win.”

Under Ellen’s leadership, and the commitment of her volunteer board members, the funding needed to keep the all volunteer program going and growing comes primarily from donations and an annual golf outing at which current and retired NHL players participate. “Hockey players, both recreational and pro, often share a passion for golf. It’s a fun way to enjoy the sunshine a raise funds for the program,” says Maher.

The biggest challenge, or one of them, is getting ice time at any of the rinks in the area. In the Winter it is often impossible. Currently the more than 30 urban kids learning hockey and life skills through NJGA practice at Essex County’s South Mountain Arena, a long standing partner of NJGA. Ellen and her volunteer team also have a good working relationship with the NY Rangers, and are supported by the NHL’s Hockey is for Everyone initiative, which lends a hand to grassroots programs like NJGA. 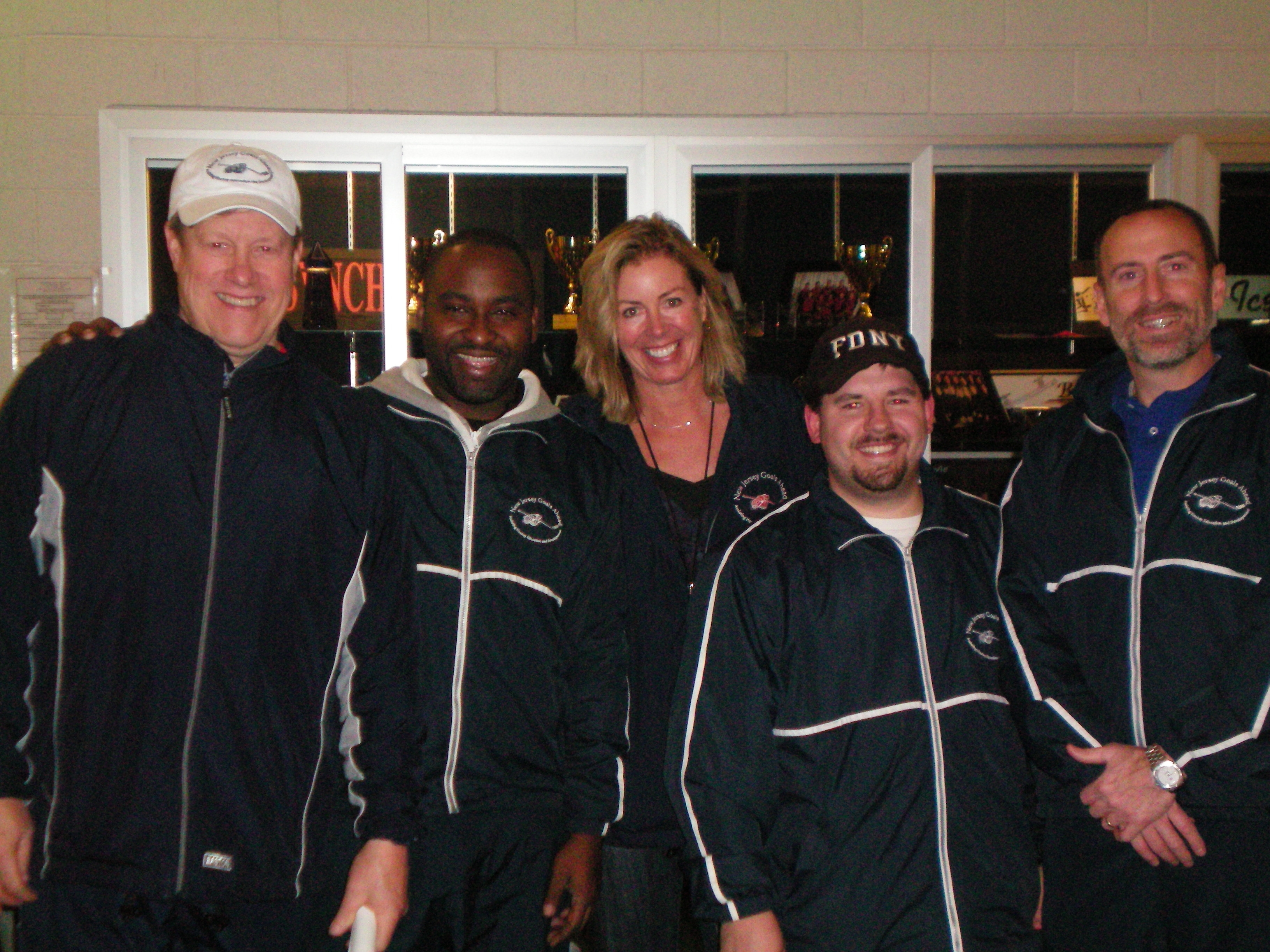 Three of Ellen’s visions for the program are - to raise sufficient funds so that a limited number of paid employees can be brought in to help run the program; to establish a “World Friendship Games” in partnership with World Pond Hockey, so that urban U.S. kids can visit New Brunswick, Canada to play a “pond” hockey tournament with kids from Canada - in the place and in the way that hockey originated, with reciprocal games in big U.S cities for rural Canadian kids; and maybe – one day – find a way to build a hockey facility primarily for NJGA use.

More in this category: « The Beez Foundation Let's Hear Your Story »

Bristol-Myers Squibb Awards $30,000 Grant to Provide Scholarships That Will Enha…