How I Became a Chemistry Major 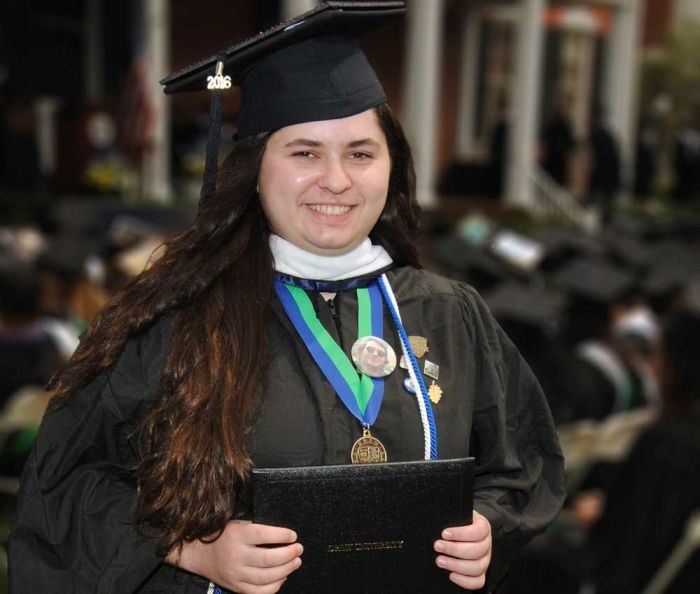 For the first half of honors-level chemistry in tenth grade, I hated the subject. Maybe chemistry and I got off on the wrong foot the first week when I did the wrong assignment for homework, and barely made it through a couple of problems about significant figures I had no business trying yet. I remember my early disdain for the subject, and I’m not alone. In October 2009, I wrote in an email update to my seventh-grade English teacher, “I'm taking chemistry this year and no one in our class likes it...it's basically math, math, math. Everybody says that they prefer biology from last year.” By February 2010, my attitude began shifting and I described chemistry as “kind of fun, but also hard.” A month later, a classmate was absent and I let her know what she had missed—“it was pretty easy in chem today.” By the middle of junior year while I was taking physics, I discovered chemistry had a pull on me. I emailed a cousin, “I had chemistry last year, and I miss it a lot now that I’m in physics.” During senior year of high school, I took AP Chemistry, my passion for the science becoming clearer. Fast forward four years later; in May of this year, I graduated cum laude with specialized honors in chemistry from Drew University.

This story could have gone a lot differently if it weren’t for my tenth grade chemistry teacher, Leslie Anderson. For the first few months, I was struggling in the class. I felt discouraged by the poor grades I was receiving on quizzes and tests, but Mrs. Anderson cared about her students enjoying the subject and being successful with it. She was also my yearbook advisor and some afternoons, before or after I worked in the media center on the yearbook, Mrs. Anderson would help me work through homework I struggled with and explain where I went wrong on quizzes and tests. She took an interest in me and wouldn’t let me give up on the subject. Without her I would have never learned how sweet success is when you have to work hard for it and turn concepts over and over again in your mind until they click. About halfway through the school year, my mom got a phone call in the evening. It was Mrs. Anderson calling to tell us about my first 100 on a chemistry test. She knew something all along that I hadn’t known—once I started getting good grades in the course, I’d love it. And she kept working with me until I got there. Her love for science in general and chemistry especially was apparent and contagious. She made us laugh every day even through the pain of memorizing the geometries of molecules.

With Mrs. Anderson’s encouragement, I took AP Chemistry during senior year. This entailed re-learning concepts introduced to me two years prior and pushing my understanding of them further. Often in the class I felt inferior to my classmates who were asking smarter questions, getting better grades, and finishing labs quicker than I was. My AP Chemistry teacher, Sandra Krupinski, was tougher than Mrs. Anderson, but similarly it was because she cared about us and wanted to prepare us for the AP exam and more importantly future chemistry coursework in college. She pushed us knowing what lay ahead in a future of science higher education. In the first week of class, she handed each of us a composition notebook containing graph paper to record our experimental data and write lab reports in. And there was a lot of writing we had to do—thorough responses to questions and deep discussions of data.

After the AP exams, Mrs. Krupinski reminded us to hold onto our notebooks, each page filled with measurements and observations, because some colleges and professors look for more information about your proficiency with the material than just a score of 4 or 5 on the AP exam. Those notebooks did not come from the school’s budget; they came out of her pocket. All of the lab report writing I complained about in AP Chemistry quickly paid off in college. When I received my first graded lab report in general chemistry lab, I saw a note from my instructor to not write so much. What a good problem to have.

My high school chemistry teachers pushed us hard for a reason. I’m grateful they did so. They knew before I did what perseverance I had in me. Others aren’t as lucky. I remember a late production night at the office of The Acorn, Drew’s newspaper, when I was a junior and also serving as editor-in-chief. My graphics editor and I were talking about our research projects and science education. A proud senior anthropology major, she lamented her high school experience with chemistry. She explained her teacher had a difficult time controlling the students and subsequently gave up early on, telling jokes and stories instead of teaching. My friend walked away from high school chemistry disenchanted with the subject and science in general, as well as a feeling that school and science were for a different class of “smart people.” High school wouldn’t be the last time this anthropology major would see chemistry. Basic chemistry concepts surfaced in her biology and archaeology schoolwork in college, and she felt she was at a disadvantage. She loves learning and talking about current events in politics, science, and art, which makes sense seeing as she is pursuing a master’s degree in anthropology. However, she wondered if she would’ve taken more science coursework in college had she had more supportive high school science teachers.

Maybe I was always destined to pursue science in college, but I’ll never know. I like to believe Mrs. Anderson and Mrs. Krupinski had a hand in me finding that path for myself. Teachers can impact students’ lives for the better in small and big ways. The sciences need more interested young women, and teachers have the responsibility to empower their students when it counts. Students are introduced to science and math in elementary school, but biology, chemistry, physics, and math courses in high school provide the first real glimpse of what pursuing higher education and a career in science or math fields may be like. It’s important for teachers to help these subjects make good first impressions to students. Also, there’s a good chance scientific concepts will come up whether a student chooses to study the arts, natural sciences, humanities, or social sciences, and that should not be a rooted fear, but a welcomed opportunity.

When you subscribe to the blog, we will send you an e-mail when there are new updates on the site so you wouldn't miss them.

No comments made yet. Be the first to submit a comment